Yrneh Ulloa handed in her MSc “Land change in the Main catchment with an Object Based approach using eCognition” which dealt with classifying landcover in historical maps (1810+) automatically using object oriented approaches.

The monitoring of land cover and land use change is critical for assessing the provision of ecosystem services. One of the sources for land change quantification is through the classification of historical and/or current maps. This study applied an object based classification using eCognition for analysing the land change in the Main river catchment, Upper Franconia, Germany. It was done in two time steps, 1850s and 1990s. The method has proven useful for the application on historical maps due to the creation of semantic objects. Since the early time step forest and urban areas have expanded while agricultural areas have been reduced due to a shift in agricultural policies. As little research has been done on historical maps using object-based approaches, there is an opportunity to develop methods to assess ecosystem services in the past and present. 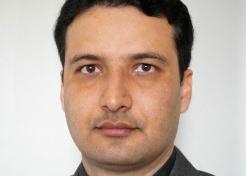